Polaroid is an American company best known for its instant film and cameras. The company was founded in 1937 by Edwin H. Land, to exploit the use of its Polaroid polarizing polymer. Land ran the company until 1981. Its peak employment was 21,000 in 1978, and its peak revenue was $3 billion in 1991. Although the original company went bankrupt in 2001, a Dutch company, Impossible, has acquired the brand and intellectual property. It is now known as Polaroid! 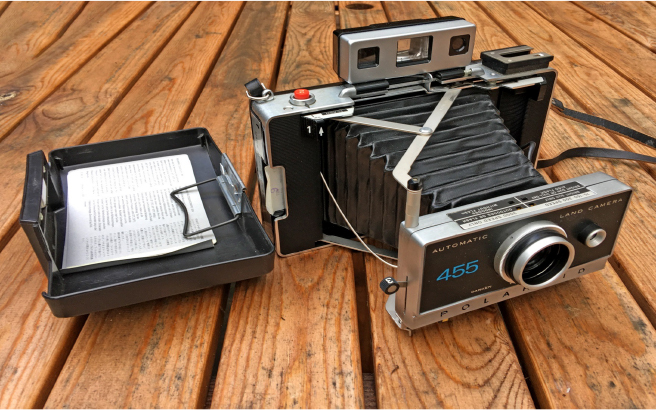 This was produced between 1975 and 1976. It had a flip-up rangefinder reputedly made by Zeiss Ikon. Shutter speeds were automatic but allegedly from 10 seconds to 1/1200th. There was exposure compensation by a Darken/Lighten control on the front.

Polaroids are enjoying a resurgence at the moment, no doubt helped by the availability of film again. This camera takes type 100 film (3 ¼ x 4 ¼ in.) which is no longer available from Polaroid. However since 2019 it is produced by Supersense (OneInstant). but is not cheap at £49 for 3 packs (each 10 photos). 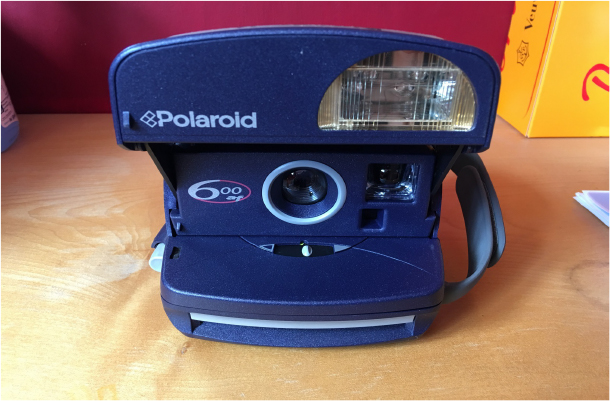 This has a 116 mm f/11 Single-element lens and an electronic shutter with speeds from 1/4 to 1/200 sec. The exposure is programmed automatic with a  built-in electronic flash with override button. The dark blue plastic body has a flash unit which flips down to protect the lens and controls.