I love these cameras, as they were the preferred tool of my favourite photographer, Henri Cartier-Bresson (his first camera was similar to the one below). The first ever 35mm camera was made by Ernst Leitz in Wetzlar in 1913. Designed by  Oskar Barnack it used 35mm movie film stock which was quite fine grained (it was, after all, blown up to fit a large cinema screen). Rather than use the movie frame size of 18 x 24mm Barnack thought 24 x 36mm would be better, and this size has survived to this day. The subsequent production model was called the LEICA 1 (LEItz CAmera), it was put on sale at the 1925 Leipzig Spring Fair and was an immediate success. 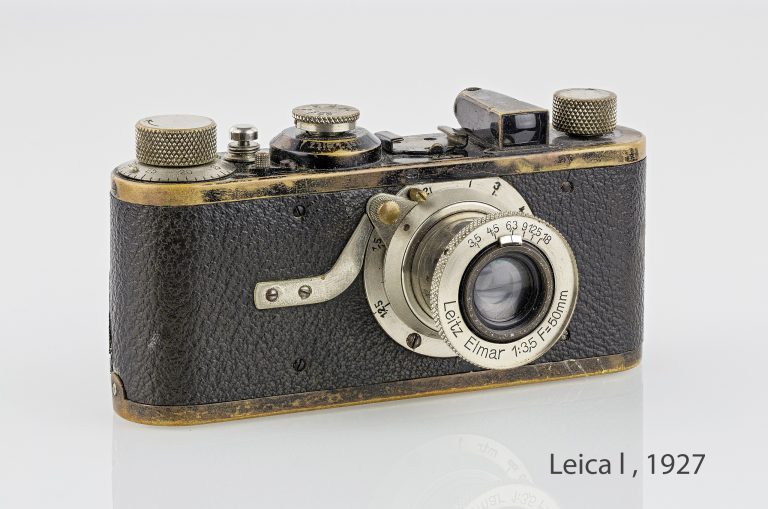 The above image is from Wikipedia.

In the 1970s I visited my Godfather, Rene Jourdan, in Paris. To my surprise he used a Leica, similar to the one above for taking colour slides. Even though the lens wasn’t colour corrected the images it took were excellent!

This started when Roger Dyson gave me a Canon 7 fitted with a 50mm f3.5 Elmar lens. The lens needed servicing (the focussing mechanism was stuck) which Newton Ellis of Liverpool did for me. The lens number dated it to the year 1940.

However I needed a Leica body to fit it to, so the nearest I could find (period-wise) was this 1939 Leica lll or F. As you can see, this is in many ways an update to the Leica 1, above, with many visible similarities. This model only had speeds to 1/500th, no self timer, and separated viewfinder for framing and the rangefinder. The lll or F was made from 1933 to 1939. 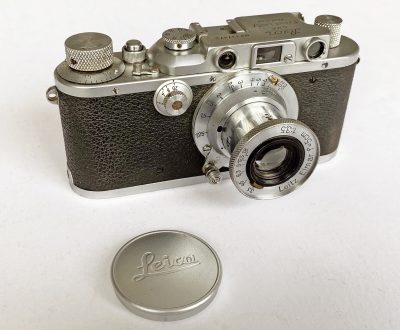 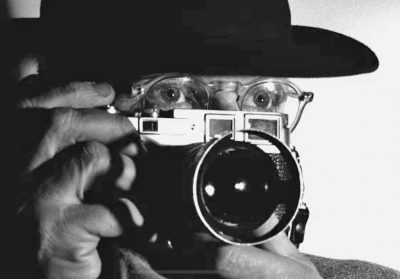 This iconic camera (seen above with Henri Cartier-Bresson) is regarded by many as the best film camera ever made! Introduced in 1954 it was nothing short of revolutionary at the time. It incorporated lever wind, bayonet lenses and a combined viewfinder/rangefinder – features which would become standard on all cameras going forward. The viewfinder also included frames for three lens focal lengths, and these changed automatically when the appropriate lens was fitted. The M3, and subsequent M4 and M5 were made by hand to high tolerances in Wetzlar, Germany. This example is fitted with the equally legendary 50mm f2 Summicron lens which dates from 1958. 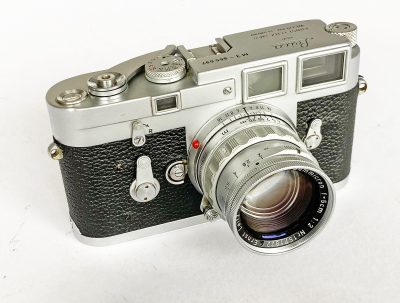 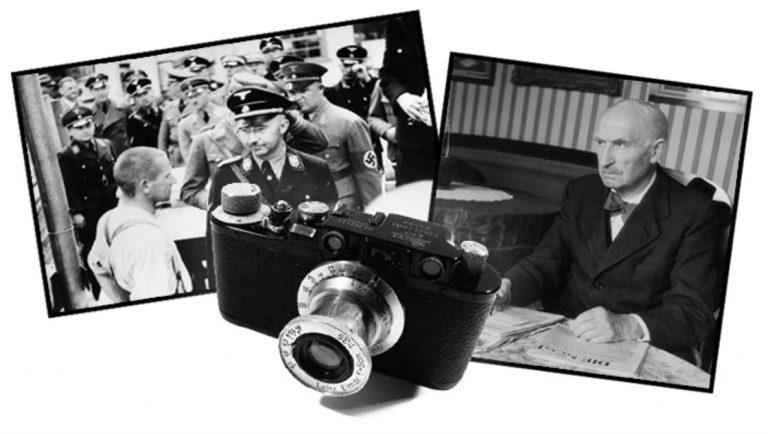 The son of the founder of the company Ernst Leitz l, he was born in 1871 and died in 1956 so he oversaw the introduction of the first Leica camera, and the M3. His was a family company with good working conditions.

According to Wikipedia, “At considerable risk to himself and at the risk of his company’s prestige, Leitz provided valuable assistance to or saved the lives of 86 people between 1933 and 1945, 68 of whom were persecuted on racial grounds. Most were Jews. He employed endangered Wetzlar Jews in his company immediately after the seizure of power and provided many of them with money and letters of recommendation to emigrate, especially to the USA. There, many persecuted Jews were employed in the company’s New York branch until they could find other jobs. This process was later called The Leica Freedom Train in the United States. Leitz also never told his grandson Knut Kühn-Leitz about the Nazi era and certainly not about his help for the oppressed. For him it made no difference whether someone was Jewish or a political opponent of the Nazis; it was people he helped. With his relief actions he constantly provoked the new rulers”.