Germany was famous for its cameras, particularly in the 1930s, 1940s and 1950s. The quality of brands such as Leica, Zeiss and Voigtlander was legendary. However after WW2 the Japanese, with their vastly improved, and innovative quality control started by copying many German cameras (helped by the cancellation of German patents).  Eventually, with the introduction of SLRs, they began to dominate the market. Today, Leica is virtually the only survivor.

According to Camera-Wiki “The Cocarette was a non-self erecting folding camera for rollfilm. It was one of the first new products of the German camera maker Contessa-Nettel after the merger that led to the foundation of that company in 1919. The Cocarette camera series was continued after Contessa-Nettel itself was merged into the Zeiss Ikon group. Like many other folding camera types of the 1920s it was available in a variety of configurations. After the formation of Zeiss Ikon the Cocarette was given the model number ‘519’, with variations 519/14, 519/2, 519/15, denoting the film format. There was also a postcard format 522/17. Focusing was by a lever on the folding bed shifting the lens assembly forward or backward. Advanced versions were made which allowed vertical lens movements. The cameras all had a brilliant viewfinder, some incorporating spirit levels; some models also feature a wire frame sportsfinder. The original Contessa-Nettel design tried to simplify film loading with an insert that slides into the camera. This loading mechanism also meant a circular door in the back of the camera was provided to allow access to the lens for cleaning or removal. Production must have ceased c.1930 as the Cocarette does not appear in Zeiss Ikon’s 1931 catalogue” 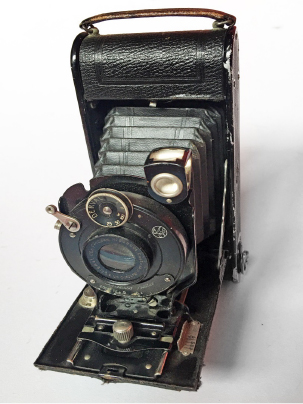 This 6.5 x 9cm camera is one of a series of folding plate cameras made by Voigtlander from 1913 to 1934. These cameras came in both 6.5x9cm and 9x12cm versions. They have double extension bellows and are equipped with Ibsor or Compur shutters, this example has a Compur with speeds from 1 to 1/250th. Also a Jena Tessar 120mm F4.5 lens is fitted. There is  a small amount of both rise/fall and lateral shift movement. With my camera are a number of very rare Rada “Rollfilm-Kassettes”.

The name Avus was taken from speedway car racing circuit in Berlin, the first in Germany. 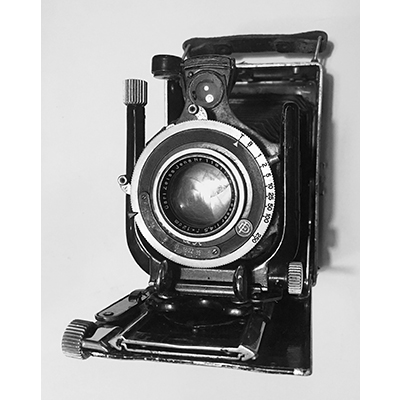 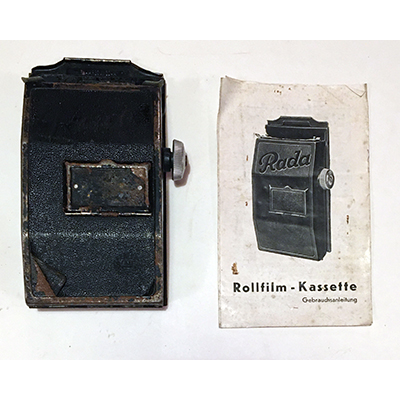 The Nettar series by Zeiss Ikon was a successful range of self-erecting folding cameras for 120 roll film. Zeiss Ikon always advertised the Nettar series as being for the amateur photographer, however these cameras share many parts with the much more expensive Ikonta series so the build quality is excellent. On this example the lens mounted viewfinder is missing. 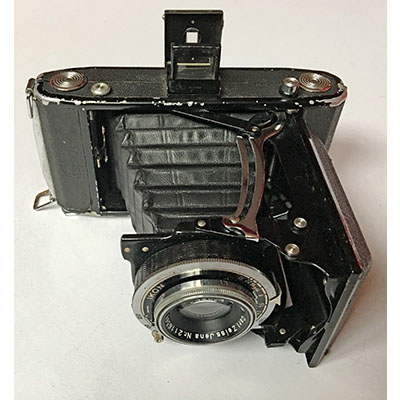